I received this book for free from TLC Book Tours in exchange for an honest review. This does not affect my opinion of the book or the content of my review.

When I hear the name Chanel, I think of high fashion.  I think class.  I think of her iconic No. 5 perfume that I always sample in department stores, but never actually buy because I’m not the sort of person who’d spend close to $100 on a bottle of perfume ($100 can buy a lot of books), no matter how much I’m captivated by the scent.  But behind the glamour of Chanel’s brand lies the story of a remarkable woman who challenged social norms to build a fashion empire at a time when women were expected to marry, have children, and leave the men to worry about business.

Gabrielle Chanel was born to a poor family, and was orphaned at an early age.  She was raised in a convent, and didn’t really have much in life to look forward to.  However, Gabrielle had a talent with a needle and the desire to one day be somebody.  After leaving the convent as a young adult, Gabrielle became a lounge singer, where she adopted the identity of “Coco” after a character in one of her songs.  She caught the eye of a handsome young gentleman, and although she didn’t have strong feelings for him, she allowed him to propel her into a different social circle where she could use her talents to begin to make a name for herself.  Eschewing conventions, Chanel became known for her pragmatic yet elegant styles, as she became a part of Paris’ bohemian circles.

I loved reading about Coco’s life and the choices that she made that made her into the iconic figure that she is remembered as today.  I admired her determination to succeed and to be an independent woman, even if it meant making choices that society frowned upon.  However, I felt as if perhaps the author portrayed her too sympathetically and overlooked some of her character flaws.  In the novel, Coco is both ambitious and sad, yet there’s a volatility in her personality that seems to be glossed over and not explored in depth, especially when it comes to how she ran her shops, her interactions with her friends, and her reactions to the occupation of Paris.  Even so, Mademoiselle Chanel gave me a glimpse into Coco’s life and left me feeling like she was an extraordinary woman living through treacherous times. 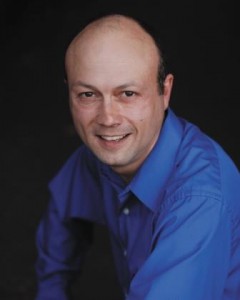 A former fashion executive, C. W. Gortner is a lifelong admirer of Coco Chanel. His passion for writing led him to give up fashion, and his many historical novels have been bestsellers, published in more than twenty countries. He lives in San Francisco.

“The Coelura” by Anne McCaffrey

“Singer From the Sea” by Sheri S. Tepper

Blog Tour & Giveaway: “The Enemies of Versailles” by Sally Christie

“Bless Me, Ultima” by Rudolfo Anaya

“The Woman in the Photo” by Mary Hogan: Blog Tour

Eccentric librarian and book blogger. Traitorous blueberry. Lover of pulp in both fiction and orange juice.